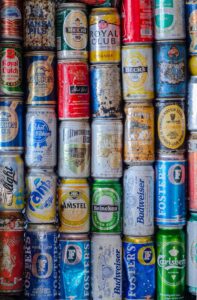 Is it possible to collect happiness? People collect all sorts of things. When I was a kid, my neighbor spent time collecting more beer cans than I’d ever seen. My parents collected things, too: mom had her teacups and dad his funny cartoons. I used to collect bruises (soccer players will understand). Some people collect downright weird, strange stuff. But is it possible that collecting the right things can increase your happiness?

Positive psychology researchers have uncovered many things that generate happiness, but collecting these three things seem to be the most direct path. 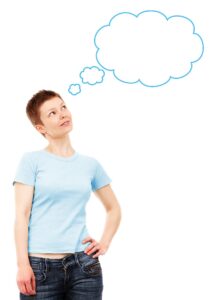 The problem with collecting material things is that you’ll eventually run out of money, space, or both. But that’s not the case with ideas. Our minds can store, generate, and retool a limitless number of ideas without spending a penny or requiring a storage unit rental.

Ever wonder how the ancients plotted the movement of the stars with such precision without Google Universe (if that’s not a thing, it should be), telescopes, and the Discovery Channel? They took the time to look up at the heavens fueled by intellectual curiosity and few distractions. Children often find more joy in the box a present comes in than the present itself. Why? They use their imaginations to create novel ideas and uses for things like empty boxes, seeing potential in things our grown-up minds no longer see.

When you collect ideas, you’re never bored or alone. According to Gallup, people with the strength of ideation “find connections between seemingly disparate phenomena.” That’s research-speak for people that “connect the dots” even when the dots don’t all look exactly like dots.

How does collecting ideas benefit us? Research suggests that absorbing new ideas and then creating something of your own from them can increase your overall happiness and well-being.

Don’t confuse collecting people with having an entourage or gathering business cards. When you collect people, you hold them in your heart and thoughts.

I know. That sounds cheesier than a heart-shaped pizza. But what drives any collector? Love. Passion. Excitement. It doesn’t matter if you collect beer cans, Barbie dolls, baseball cards, or guys named Bob. You must love what you collect. And if you wish to collect people, you do that by showing sincere interest in them.

Last week, someone connected with me on LinkedIn. Minutes later, I got this message:

Really? I’m going to take my time and energy to reach out to someone I’ve never met or done business with why? He didn’t want to engage me personally or discuss some shared interest. He wanted to collect my time and then my money. That’s not a relationship. It’s a hostage situation!

Here’s how you collect people:

“Every man I meet is my superior in some way, and in that I learn from him. ~  Ralph Waldo Emerson

How does collecting people make us happier? When we show genuine love, passion, and excitement for others, sometimes it comes back to us.

“You can even think…your identity is connected to [material] things, but nonetheless, they remain separate from you.  In contrast, your experiences really are part of you. We are the sum total of our experiences.” 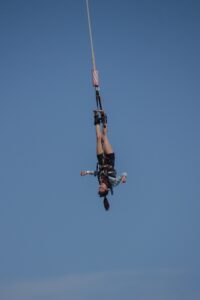 If you’ve ever lost your wallet, purse, or cell phone—even temporarily—you probably felt naked and helpless. A large part of your identity (and probably 99% of the phone numbers of the those you talk to most often) went POOF along with your ID, photos, and cash. But all those things can be replaced.

How does collecting experiences make you happier? The memories you create can’t be taken from you while your brain remains healthy. Working in Puerto Rico a few years ago, I dropped my phone (aka, my camera) in the ocean, killing it. I despaired that I had no way to “capture the moment.” Then I realized I was clinging to an old Kodak ad that told me if I didn’t have a photo of an event, the event never happened. Which is crap. Before cameras, people still had memorable life events. Once I got over my loss, I experienced the island instead of photographing it.

People collect many things. If you collect resentments and grudges, you’ll be miserable. Collect stamps, comic books, or books, and you’ll stay busy. But if you’re interested in collecting happiness, invest in ideas, people, and experiences, things that no thief can take from you.