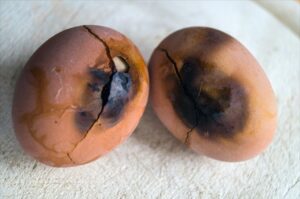 My morning started with a healthy perspective where I logged many productive hours before daylight. As a treat, I decided to cook a hardy breakfast. Well, I meant to cook breakfast. What I ended up doing was burning breakfast. As smoke filled the kitchen and my eggs turned to charcoal in the pot, I opened the door to air out the house.

By opening the door, I created a vacuum. As air moved through the house, her door moved more freely, making it close with more force. In other words, she had shut her door, but she hadn’t meant to slam it closed. Since I’d had a great morning, my attitude followed.  Science slammed the door, not an angry teenager, I understood. I thought no more about it. Until…

Days later, I again rose early to jump into work. But life interfered. One of my cats had been sick in the night, leaving me a mess to clean up. I forgot to put a mug under the coffeemaker. By the time I noticed, a dark pool of sludge covered the counter and floor. Going in the garage to get more paper towels, I found that someone had left the door open all night, in the winter no less! When my wife joined me in the kitchen and casually pointed out the brown streak running down the cabinet, I felt like a volcano ready to erupt, my face turning apoplectic as I sucked in a slow, audible breath. Before I could say a word, she returned to the bedroom. And then, get this, she slammed the door!

She’s mad? I asked myself sarcastically. At me?! She’s slamming doors when I’ve had the morning from hell?

My perspective in that moment made me interpret the slamming door as my wife getting snippy. I jumped to that conclusion based on my frustrations and negative emotions from how my day began. Later, I discovered that when I returned with the paper towels, I left the garage door ajar. If this were a novel, it would be called The Mystery of the Slamming Door. But it was no mystery. On both occasions, a vacuum created the slamming door. The only differences between those two occurrences were the emotions that altered my lens on the situations.

Regardless of the Morning…

It’s fine, even beneficial, when our positive emotions lead us to think rationally and assume the best of others and situations. But when negative emotions hijack us, they can lead us to misinterpretations and even cause us to damage relationships or miss out on opportunities.

So how do we keep negative emotions from clouding our perspective on situations? Here are three tips to staying in charge of your emotions.

Negative emotions often get a start when we don’t take care of ourselves. Remember the H.A.L.T.S. checklist. When a situation gets your emotions in a bind, ask yourself, Am I —

If you answer YES to any of those questions, stop. Remind yourself that your perspective comes through a lens that has little to do with the actual situation. Then, patch the hole in your H.A.L.T.S. before responding. 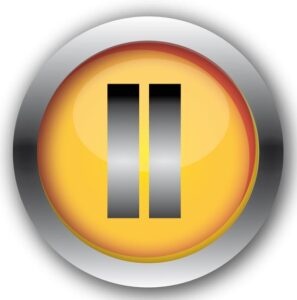 Under normal circumstances, our brains can process multiple streams of thought and choose between various healthy responses to life situations. But when our emotions get triggered, we get tunnel vision. The options available to us when we’re calm quickly shrink as our brains, hormones, and bodies prepare for a fight.

Instead of hitting PLAY to activate your fight mode, hit your PAUSE button.

Better to remain silent and be thought a fool than to speak and to remove all doubt. — Abraham Lincoln.

Stop. Breathe. Walk away. Cool down. You will never regret the negative, reactive, emotionally-charged words and actions you don’t hurl at another.

Name It To Tame It.

UCLA researcher Matthew Leiberman calls it “affect labeling.” According to MRI brain scans, simply by naming our negative emotion, we can calm ourselves down, preventing us from getting emotionally hijacked. The next time your find yourself worked up about a situation, take the time to put a label on it like, “I’m frustrated that my morning hasn’t gone as planned.” Acknowledging your emotions reduces its power over you.

What have you found that calms you when negative emotions threaten to override your better judgment?