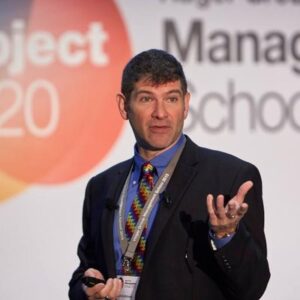 As a professional speaker, I know how to project my voice. You’ll hear me from across the room. And when I write, I’ve been known to get edgy or even drop the F-bomb to keep your attention from waning. Suffice it to say that during my 50+ years of communicating as an Italian-Irish man, I’ve never thought “Why will no one listen to me!?” That’s because…

I’m Used to Being Heard.

When I served as a crisis counselor representing families before various courts, judges always made time to listen to my opinions. So did the police, school administrators, social services, and mental health agencies.

Managing a small team in corporate America, my employees always took time to listen to my ideas about how to move things along.

Working as an executive, organizational leaders often seek out my insights, ready to listen to any views I might offer on any particular business venture.

But as far as me speaking with credibility on racism, it’s time for me to–

Sure, I can have an opinion about the causes of poor race relations in our country.

I can join hands with and offer my support to those protesting racial disparity and violence against people of color.

I can decry the prevalence of fatal police killings against minority suspects (2.5Xs higher for black men than white men).

I could express hope, as did the WSJ and Vox outlets, that research does not support systemic racial bias in police shootings and the actual numbers have declined since Black Lives Matter activism began in 2013.

But I Have No Experience with the “Black Experience.”

How can I fully understand my white privilege and the benefits I take for granted daily–like the times I get better service, don’t get pulled over, can run anywhere I want at anytime of day, and never get referred to as “that white guy over there”–just because I lack pigmentation in my skin?

Were We to Listen, Here Is What We’d Hear…

Can you imagine if the last words of your father, mother, brother, sister, child, aunt, or uncle spoken while their lives were slipping away were like these?

“How did switching lanes with no turn signal turn into this?” Sandra Bland

“Why did they shoot me?” Kendrec McDade

“What are you following me for?” Trayvon Martin

“You promised you wouldn’t kill me.” Natasha McKenna

Even more disturbing are the words no one will hear, because those who spoke them died quietly and alone, like while they slept in their own beds (Breonna Taylor and Dominique Clayton), ate ice cream in their own apartments (Botham Jean), went for run (Ahmaud Arbery), or drove with a broken taillight (Walter L. Scott).

Why We Need to Listen

1. We Need More Than Our Own Perspectives.

Were you to listen to the life experiences and perspectives of others, you would quickly see multiple planes of reality. Years ago, a female employee of mine told me that a certain director seemed condescending and dismissive of her offer to help him with something.

My first response, God help me, was:

Really? I never got that vibe from him.

Duh! Of course I never got that vibe from him. As his peer and another male, he would not act that way in front of me. But that doesn’t mean the observations of my employee were not 100% correct. Only by listening and accepting her experiences as her truth could I expand my own perspective of the situation. 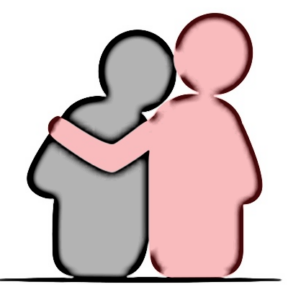 Empathy can be emotional, cognitive, or compassionate. And we need more of all three. In a show called Jeffrey Dahmer: Mind of a Monster, serial killer Dahmer said this before his death:

“I trained myself to view people as potential objects of pleasure instead of seeing them as complete human beings.”

In a similar way, Hitler implemented the Final Solution, the euphemism for the Holocaust and extermination of what Nazi radical ideology deemed undesirable people (Jews, the physically and mentally disabled, Gypsies, homosexuals, blacks, political opponents, prisoners of war, Communists, etc.). Using his propaganda machine, Hitler first dehumanized his victims, calling them vermin. The next step–exterminating vermin–seemed the only “logical” conclusion.

Empathy allows us to feel with others, to capture a measure of their physical sensations as well as their emotions. Empathy gives us the terrifying point-of-view of lying face down on pavement with our hands bound behind our backs while a knee is pressed against our necks. Empathy tells us that this should not happen, this should never have happened, and this should never happen to another person again.

On some issues, we’re tempted to stay quiet as long as the bad things are happening over there or to other people. We might say, “What a shame,” share an article on Facebook, and go back to watching our Netflix show. Remember when you first heard about the coronavirus? It was disturbing, but it was happening in China, which is like on the other side of the world. It’s sad, but it’s isolated, it’s far away.

COVID-19 didn’t remain a “China problem.” It quickly became a challenge for the entire human race. Only by acting together as communities, cities, states, and nations can we protect our futures.

Racism is the same way. In addition to racism, any words or actions that attempt to de-humanize any fellow human being degrade and threaten all of us.

Were you to compare the DNA of two random people across the globe, you would find that 99.9% of their DNA is identical. That means between a German and an African, a male and a female, a homosexual and a straight person, a Muslim and an atheist, and even a Republican and a Democrat, that .1% difference in our DNA cannot justify a reason to hate and kill.

Righteous indignation takes different forms. Some will protest. I support you. Some will launch social media campaigns. Go for it. Several are taking a knee. I’m with you. Others will boycott businesses, agencies, and government institutions that permit the marginalization of others. I applaud you.

For my part, I commit if I see or hear someone being bullied because of their race, sexual preference or orientation, place of birth, gender, age, etc., that I will stand up for the victim. I will not turn away; I will lean in and join hands with my brothers and sisters who are oppressed.

(Note: I am incredibly grateful to the first responders like police officers serving on the front line facing difficult situations and life-threatening dangers daily–while maintaining dignity and respect for others. Many of these people are my friends and clients. This is by no means an attack on the vast majority of those serving our communities with compassion.)