7 Areas in Which Social Media Excels 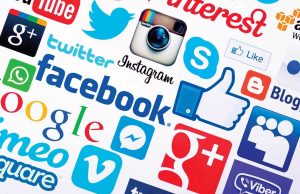 The average CEO spends 6% of her time with employees. Over a 60 hour work week, CEOs spend 3.6  hours with the people making or breaking the business. Social media, in contrast, averages 3 hours/day of “face time” with over 3.5 billion people (45% of the world’s population).

A director-level friend of mine told me that it took two weeks to get on her boss’s calendar. Social media, however, is there the moment it’s wanted, 24/7, without bumping people off the calendar when “something else comes up.”

When a manager calls a meeting, the leader owns the agenda. What’s discussed may or may not have a WIIFM for the listener. Social media curates customized information so the user always finds targeted, relevant answers.

Many managers remain the primary source of feedback that makes it into performance reviews. Social media provides feedback from multiple sources, which not only increases its accuracy, but also allows for unlimited positive or corrective feedback when earned.

Most managers don’t allow employees to “opt out” of meetings, assignments, or criticism. With social media, users can block out any view they wish.

Some managers view their office as a pulpit for monologues. Communication can be one-sided. Social media exists to get as many people talking on topic as possible.

What can you learn from the strengths of social media to become an even better leader?

What can you as a leader do that social media can’t?

How can you tap into the power of social media to leverage your company goals?