My father left me quite a legacy, but it didn’t come in the form of an endowment or a trust fund. His legacy came from how he lived his life, a life that left a mark in the lives of so many others after he left us.

With all the DNA tests available, I wonder if some “lucky” kid will soon learn that he can call Warren Buffett or Bill Gates “Daddy.” If that were the case (and I don’t think it is), you might inherit an endowment or a trust fund. But not necessarily a legacy.

If wealthy people want to leave an intentional legacy, they can tap into their fortunes by donating funds to erect a building in their name. Less wealthy people can leave a modest amount of money to start programs, buy a park bench, or etch the name of a loved one on a brick of a building.

I spent much of my childhood at Castaldo Park in Woodridge, Ill. In 1973, a plot of land was purchased from the City of Woodridge by the Castaldo family to honor their teenage son who died in the Vietnam War. The young hero who died protecting our freedoms never intended to have a park named after him. Still, his parents left a wonderful tribute to him so others would know of him in the generations that followed.

Legacies are the puddles that remain after the rain

As I tell you about my dad’s legacy, think about what legacy you are leaving behind for others.

My dad was a “Renaissance man.” He had insatiable curiosity about a wide range of topics. Growing up in the pre-Google era, he wrote letters to find answers from experts. After he died, I found stacks of correspondence he had with the EPA, the FDA, authors, geologists, and others.

He joined the Army National Guard where he learned about technology that would eventually evolve into mainframe computing. He worked at companies ranging from Brach’s Candy to Zenith to Blue Cross Blue Shield, teaching classes to others as a subject-matter expert in each job he held. One young “kid” at Blue Cross eventually became the Chief Information Officer.

Dad loved musicals, operas and classical records. I think my first words were “Vesti la Giubba” belted out by Enrico Caruso. And he cooked. He kept hundreds of cookbooks in the garage along with thousands of recipes he clipped from newspapers. Dad would often write in the margins of various recipes things like “Absolutely fantastic!” or “The person who submitted this recipe should be shot and burned!” He was also extremely funny.

I learned quite a few other things about my dad as I dug deeper into a large trunk he kept in the garage. In high school, dad was All-City (Chicago) and All-State (IL) in baseball as a catcher. Dad saved newspaper clippings from the Chicago Tribune, trophies, and other honors. He was good enough to be recruited to play in the Minor Leagues, which he did until suffering a career-ending injury. He was voted “Most Popular” in high school, and served as the president of his senior class. Then he played with the Chicago Symphony Orchestra as the first chair flutist. Flutist? Yeah. While his peers were grabbing guitars and shaking their hips to emulate Elvis, my dad spent hours each day mastering the flute and piccolo.

A Modest Yet Rich Legacy 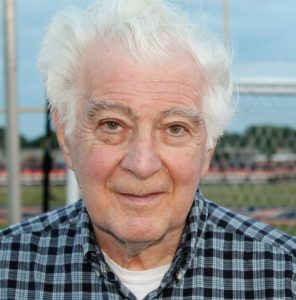 As I looked through that trunk, something odd struck me. My dad kept this “highlight reel” hidden from me. Most people trot out their honors and accolades within the first few minutes you meet them, spilling their Best Of accomplishments like an online resume.

Not my dad. His legacy was one of modesty and humility. I learned more about my dad after he passed then from his own mouth. I never heard him brag, nor did I hear him snigger at someone who didn’t know something that he knew. Instead, he would try to help others wherever he met them. My dad made it all about the person standing in front of him.

One of my dad’s former teachers saw my dad’s name on a letter from Blue Cross Blue Shield. Recognizing the name, she wrote a personal note. In the trunk, I found her note and his response to her:

‘I will never understand how you could have remembered me after 46 years. You can understand how a student can remember a teacher, but how on Earth did you happen to remember this unremarkable clod?”

Unremarkable clod? Hardly. My dad was a humble, brilliant, multi-talented man. If you met him, you’d remember him. You wouldn’t likely know anything of his “highlight reel”, but you would know from the authentic interest he took in you that you had just met a one-of-a-kind.

I will never live up to the legacy of my dad. But I want to try to leave one of humility, love, and kindness. And the best place to start is with the example I hope I am living for my children.

What legacy are you leaving behind? What are people going to say about you once you’re gone?